hello future anna and anyone else reading this! i am a major bastille fan. that's it basically haha! quite a few years ago, they released 2 mixtapes under the name of 'other people's heartache' part 1 & then 2 (you see the pun behind the blog title now??) and they gave them out to people for free which is why i'm making them, otherwise i would spend my money on actual copies. however there are also no hard copies as bastille covered and used people's songs and quotes from movies without asking, which is bad. very bad. to be completely honest, i had never really listened to them because even though the songs are on youtube, they often don't play in certain countries or for copyright reasons. a few weeks ago on twitter, dan said it was the anniversary of one of the mixtapes being released, and someone commented with a link to dropbox, of both mixtapes in full! i could finally listen to them properly, and my fave is still their cover of lana's blue jeans with hints of requiem for a dream! i love it! anyway, i love having physical copies of my favourite songs, so what better than to burn the songs to disks and diy album art! well, i didn't have to diy the cover art, but i made tracklists and coloured backgrounds to put in the back of the cd cases to make them feel legit! here is how i did it, with photos and links, so you can toooo!!

ok, first off i ordered 2 proper cd cases from ebay (these are the ones i got, but you could get some others, or use old cd cases from cds you don't listen to anymore, depending on how much you want to spend/what you already have: https://www.ebay.co.uk/itm/321974298577 ), and bought a pack of 5 blank cds from poundland so i could put the songs onto them! i have actually used the other 3 cds for another project, so i guess by doing a bit of quick maths, i have spent about £1.80 to make each mixtape (as the cds are 20p each and the cases are £1.60)! 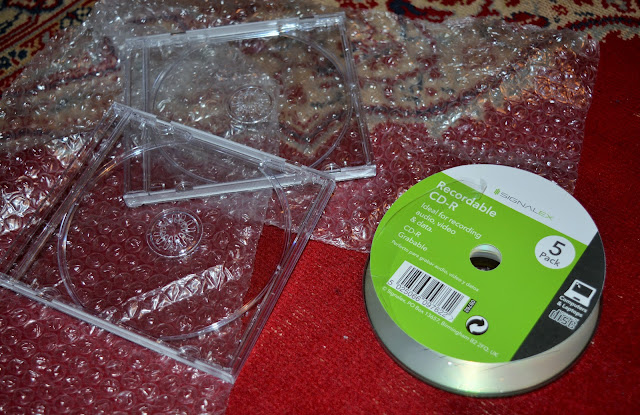 you could just burn the albums onto the cds and then have the cases to protect them, but i wanted to go all out! go extra or go home!!!!!

the next step was to create the art to go in the cases. luckily, when bastille first made the mixtapes, they made beautiful album art to go along with them, so all i needed to do was make a tracklist and inserts for the cd case! for all of these, i used picmonkey to make the designs, but then i copied them onto a word document that had a cd case template so i could print the exact size i wanted! 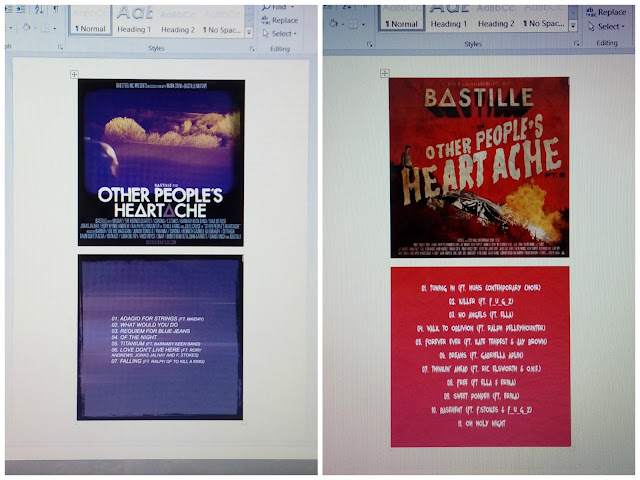 for OPH part 1, the album art is purple, and dark, and artsy, so that's the vibe i went for with the rest of the case! using picmonkey, i created a purple square, a similar shade to the purple on the original album art. then to match the album art again, i added a dark film-like border, and then used the light effects to add some dimension which matched the autumn/hazy colours of the photo on the album art. to match the tracklist font with the original font, i just used a general font, which i coloured white and tilted slightly. 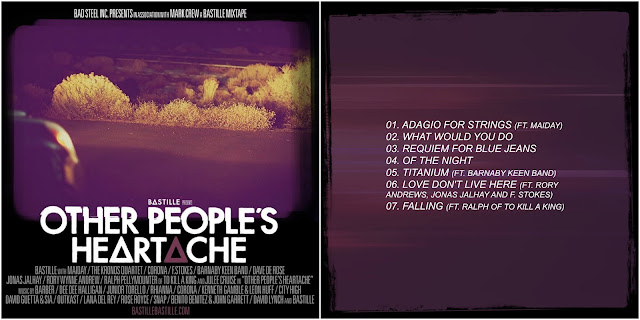 for OPH part 2, the album art is more exciting, being bright red, with figures on the front, and the font was more complex than just general writing. for the rest of the album pieces, i used a similar red, and added a scrunched paper effect as the original art looks like it is a piece of paper that has been folded and scrunched over time. for the tracklist, i couldn't find a font that was really really like the original art title, so i chose one that was similar and went with the style of the whole look. i then coloured it white to match the rest of the text on the cd case. i think if i was to redo this, i would have the font a slight cream colour instead, but hey ho, you can't have everything. 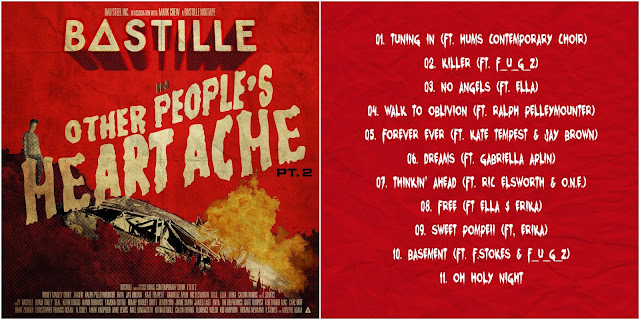 i then printed the album art, the tracklist, and 2 copies of the backgrounds for each mixtape through microsoft word like i said! if you want to use the album designs that i created, i will leave them here for you to print out to make your own! you may need to rejig the sizes slightly to fit in different cases! as you will see, one of the backgrounds is larger than the other, and that's because the area behind the cd, where the tracklist goes, is a larger space!

the next step was to burn the songs onto disks. this was easy as my laptop could do all the hard work haha! you can download the albums to listen to on your computer or do this with, through dropbox and i will leave the link here: https://www.dropbox.com/sh/yrawmj64ddrdoli/AADnBLC0xRB7_FR-NLOS_0qLa?dl=0 (thanks to people on twitter for sharing this, much love to you xx) (p.s. you can't download these files onto your phone as they are in zip files, so if you want them on your phone, open them on a laptop and then send them individually to your phone ;D ) 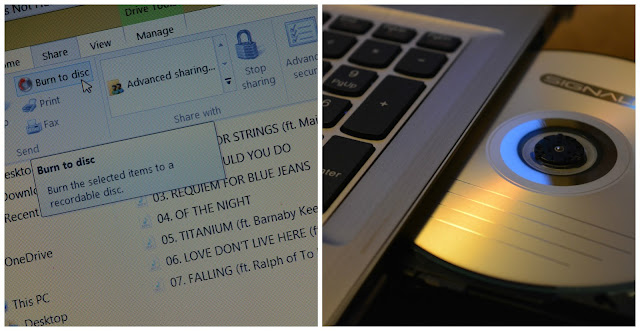 and the final step was putting everything together! i cut out the cd art and backed it onto thin card just to make sure it wouldn't go flimsy.

i then decorated the actual cds slightly, and I WAS DONE! i know there is a white slither of paper next to the tracklist, and that is the back of the colour behind the cd. if i was to make them again, i would make sure the tracklist was wide enough to fit this space, but i am quite happy with how they look from the front, and especially as i made them myself!

I now have actual copies of Other People's Heartache parts 1 and 2. AMAZING!!

hopefully you can be inspired by this to make your own, or even make cool mixtapes to give to friends! i once gave a friend a mixtape for christmas! CAN I PLEASE JUST NOTE: a lot A LOT of hard work goes into making songs and albums. please don't do this to have a physical copy of an actual album. if you can, go and buy it from amazon or a local music store, as this industry needs supporting! I am only doing this for personal use, i am not gonna make them and sell them, and because you cannot get actual copies of these songs. PLEASE support your favourite artists. thanks.

i love being crafty, so if there's anything else you want me to try and make/put together, please let me know (fangirl related or otherwise)! hopefully when you look back at this future anna, bastille have released oph part 4! oooohhh exciting times are ahead!