hello there, how's is hanging? I really loved writing about some of my favourite film costumes in a previous blog post, so I thought I'd do it again! I'll keep adding to the list, because I think it could go on forever!

You can read the first one I did here: https://annasnothere.blogspot.com/2020/04/my-favourite-film-costumes-1.html

This blog post may contain spoilers, just as I describe the outfits and their location in the films/the reasons behind why they were chosen. Just so you know!

The Princess Diaries is one of those films that I adore, and it was something I loved growing up and still do! it's funny because we never had the video or DVD, so could only watch it if it was on the TV, so hardly ever really! But I always looked forward to the random days it was on so I could pretend to be a princess myself, living through Mia!


I think this film is iconic in MANY ways, but that transformation scene is NEXT LEVEL! Imagine being told you're a princess and then being given the most beautiful makeover like PLEASE! My first favourite costume HAS to be Mia's school uniform. It's simple, but I love the blue plaid and the bow! I know school uniform can feel so boring and uniform, but there's just something about the uniform in the film that's elegant and feels so regal and classic.  I actually enjoyed my school uniform. It was a dark grey skirt with a light blue shirt, and navy blue blazer, so maybe it's one of the reasons I like the 2, but as far as school uniforms go, I'd wear Mia's! 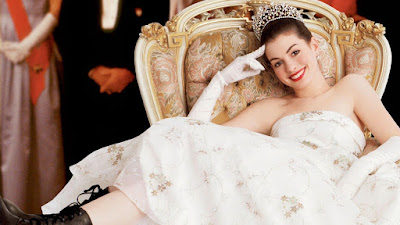 And secondly, of course it has to be her beautiful princess gown! Mia is left crying in her car, rain pouring down, when she is finally found and taken to the palace for the ball! She changes out of her sweats and into a glorious creamy gold dress, with a tiara of course! The dress is embroidered with green leaves and detailed floral pattern which is so sweet and simple, yet really elevates the whole look. Can I wear this? One of my favourite shows to watch for the drama is the reboot of 'Dynasty', and in it they wear some of the most beautiful dresses, and I can just imagine Fallon wearing Mia's dress at a ball at Carrington Manor, gloves and all!!


Queen and Slim, Queen & Slim (some information found on Refinery29 and The Wall Street Journal, from an interview with Shiona Turini)

Oh wow, so when I do this I normally look at one character from a film and just their costumes, possibly sometimes mentioning others, but I cannot mention Angela (Queen) without mentioning Earnest (Slim). I remember seeing this in the cinema and just being completely blown away. The story and acting is so insanely good, but on top of that, the production design was just glorious! 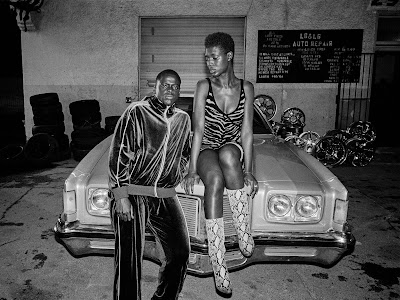 When the characters get into some trouble and have to mix up their look, they change in a hurry into a sleek pattern printed dress with snake printed boots, paired with a burgundy velour tracksuit. these don't seem like the best getaway outfits at first glance, but they sure are gorgeous. there can be something so beautiful in simple day to day things, especially if they are done right. these looks aren't great for being on the road, but they tell the stories of these characters. they've gone from one style to another in just a few minutes, and these colours and textures feel so luxurious yet so perfect for the life they're about to lead. they're kinda iconic. 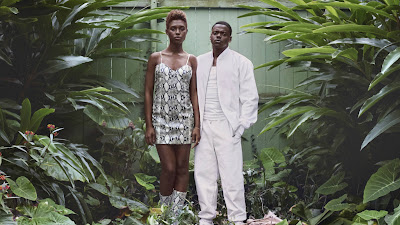 This film debuted costume designer Shiona Turini to the world, and you can see how important culture and community is to her. The tracksuit is a nod to Black artists, their influence so strong in the world but often not given the appreciation they deserve. Velour and animal printed clothing is seen as a luxury, something only the rich and famous can pull off, but with Queen and Slim, 2 new infamous characters are introduced in a style that we can all wear, just not in the way they do. I wish I was as cool as them.


Ramona's Velour Tracksuit, Hustlers (some information found on Glamour, from an interview with Mitchell Travers)

Hustler's is a film based on the real story of strippers who put everything on the line to make big money from Wall Street men who came into the club. To be honest, I think we'd all try and do the same. The film shows us community and friendship, it's crazy to think this wild story is real, but props to the girls for going for it! Although I do not condemn illegal behaviour haha! 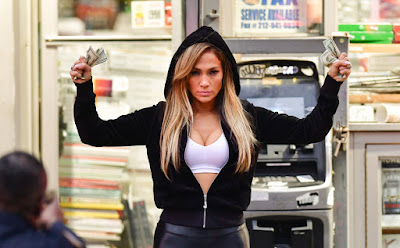 To match the over the top lives of these women, we see their wardrobes get bigger and bigger as the money starts pouring in. However, I have to say that my favourite costume from the entire film is one that seems simple compared to the others, but hits us in an amazing way. It's Jennifer Lopez's (who plays the character of Ramona) Juicy Couture tracksuit. A bit like Slim's from the previous film, it's so simple, and kinda dated, but at the same time it's iconic and luxurious, something we all wanna be. I had shivers down my spine when we saw the crown from the tracksuit walking towards an ATM, and then the police were then and 'Royals' by Lorde was playing mmmm yes it was a moment!!! 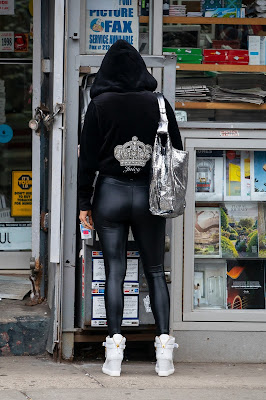 I also love that this outfit was chosen based on J-Lo and her influence in the fashion world. It can be hard to set new trends, but I feel that if you're a strong enough individual, you can take the world by storm, and Jennifer has always done that for us in a big way, and she does it again with her character Ramona. Mitchell Travers was given one rule for designing the costumes, no green unless it's money. I think the most fantastic job was done.

I ended my last post about my favourite costumes with a Tarantino number, so here's another as a special treat. Whenever I think about period costumes, I fall in love with beautiful ballgowns, and even simple yet gorgeous summer dresses, but to be honest, if I owned an old fashioned suit, I don't think I'd ever wear anything else. So if you ever find one that looks like Django's blue suit, let me know! Cheers!

The story follows Django, a freed slave who joins a bounty hunter to help save his wife from a plantation owner. There is something so important about getting things historically accurate when creating something based on history, but I always admire how Tarantino and his team are merely inspired by that, and take influence from other places. My favourite piece is Django's suit (seen in the pictures) which is inspired by an oil painting of a boy in a boy suit that was completed in 1770. When Django is taken to a clothes shop and is able to choose his own outfit, maybe even for the first time in his life, he picks out this wild blue number, normally only worn by rich people going to parties. It makes me think that he wants to stand out, to be known to people as someone who is over the top and not a slave as you wouldn't see a black man in a fancy suit like this in the setting of the film. But at the same time, it makes me wonder if he chooses it because he doesn't know about fashion and what he possibly "should" be wearing.

The costume designer Sharen Davies said that the costumes were inspired by spaghetti westerns and other forms of art. Django is a little more rock n roll than the others in the film, especially when this blue suit is chosen, but I personally think it was a fab choice. We don't know the true reason, like I mentioned with the possibly meaning before, but I think that adds to the charm and mystery.


So there are some more of my favourite costumes! I love colour and texture and how important these things are to a film even if most people don't appreciate it. I hope all the designers out there know at least I do! Now to find myself a princess dress, a blue suit, and a tracksuit that is as cool as Slim's and Ramona's but maybe not with that material, the feel of it is just not nice to me hahah!