Chiron, a young African-American boy, finds guidance in Juan, a drug dealer, who teaches him to carve his own path. As he grows up in Miami, Juan's advice leaves a lasting impression on him.

Moonlight came out in 2016, and if you weren’t aware of it before the 2017 Oscars, you would be after every news outlet reported the story of how La La Land was presented as Best Picture, when really a mistake had been made and Moonlight was the true winner of the award. In recent years, I’ve had a Cineworld Unlimited Card, meaning I pay a set amount each year and have access to as many screenings as I’d like. However, the year Moonlight and every other Oscars contender came out, going to the cinema was an expensive thing, and I only really saw the big films when they eventually came out on DVD or were moved to streaming platforms. This meant that even though every bone in my body wanted to see Moonlight, I’ve only been able to see it recently due to it being shown on Film4 and me recording it. I knew that it touched LGBTQ+ topics, but other than that, nothing much apart from a shot of a boy being held up in water. 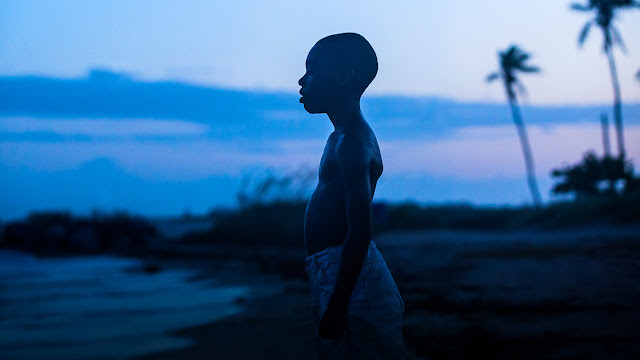 Taking place over 3 life chapters, we’re introduced to a young Chiron who goes by the nickname Little, which is also the title of this first section. After being chased by bullies, Little is helped by Juan, who is the only adult that he speaks to in this entire act. Alex R. Hibbert gives us this emotional performance, making me want to climb through the screen and give his character, Little, a hug. I always say that child actors need to be protected at all costs, and he is another name added to the list. As his only lines are when he’s with the character of Juan, he has to put everything into his body language and show his emotions in other ways. His performance felt so real, especially across from Mahershala Ali who plays drug dealer Juan. Seeing Ali as tough but caring really made this film feel positive when things weren’t going right. Even when there are bullies and bad people, this film reminds us that there is hope and inspiration. I was disappointed that Juan’s character only appeared in this first film chapter, but even though his screen time was short, his influence on the character of Little stayed with him and us up until the final frame. Truly beautiful, finally getting to see the scene where they’re in the water was so touching. After seeing it everywhere, to learn of its meaning, in promises and care, was something so special. I know to some it will seem simple, but compared to the scale of the film, it’s such an important, meaningful moment that sticks with us as viewers but also the characters. To have multiple people play the same parts, it really does emphasise the thought and dedication put into this film. Even though each portrayal of Chiron was different as he grew with age, each actor worked hard to play the same person to continue this story with respect and grace.

Chiron, the title of the second chapter, now follows Little in high school, now wanting to choose his own name and fate. Breaking down the story like this reminded me of the film Boyhood, and how we see characters grow and change over time. Written and directed by Barry Jenkins, Moonlight is based on an unpublished semi-autobiographical play by Tarell Alvin McCraney. You can really see the theatre aspects of this film, obviously with the different acts, but also with its large sections of dialogue, really letting us learn about the characters thoughts and feelings with what’s going on. Even though it’s estimated that the budget was up to $4 million, everything about this felt like an indie film, something tucked away that wouldn’t be seen by vast audiences. That style really worked with the telling of the story, but at times it did feel a little flat for me. I love things with drama, changing scenes that keep me hooked, but Moonlight didn’t really do that. It’s beautiful and takes its time to show us how love and freedom doesn’t come overnight, but that caused me to not be as excited as I wanted to be with it. I think that ‘bored’ is a harsh word, and it was so totally beautiful, but it definitely had me feeling a certain way towards it at times, I just can’t describe it. 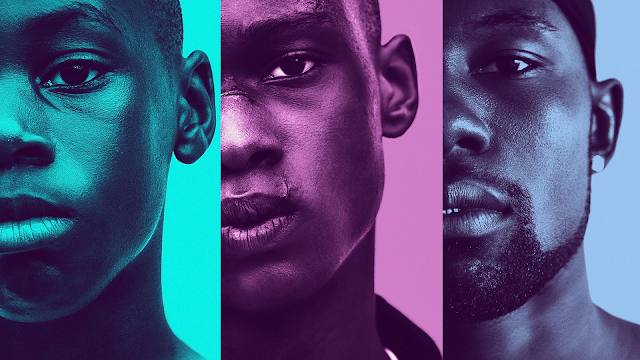 To round off, act 3 is titled ‘Black’, the nickname given to Chiron by Kevin. As the whirlwind of life slows down, we see forgiveness and love in full force during this section. As well as forgiving his mother for not being the mum he needed, Chiron goes to visit Kevin who is the only person he has experience sexual pleasure with. Beautiful and tender, being able to see this man grow was something we don’t often see in films or even in real life. This visually alluring film allows men, specifically black and gay, to be seen and heard in films in an emotive and understanding way. Sure, we grow up having all the superheroes be men, all the villains be men, it’s only more recently in film history that women are given more than a set of underwear as a costume and the chance to talk about periods and faking orgasms. Men may have had a higher stand since the beginning, but they’ve also had to hide a lot. I’m so glad this film gives representation to men’s thoughts and feelings about life, their family, school, sexuality, identity and so much more. Fascinating, we get to sit down and see a story that rarely ever gets told, and according to The New York Times, The Guardian, and so many other sources, it’s one of the best films of the 21st century.

To be the first film with an all-black cast and LGBTQ+ themes to win the Best Picture award at the Oscars, Moonlight really is an incredible movie moment that has carved its place in film history. Personally, I prefer a little more drama and excitement to really keep me hooked to the screen, but I can’t deny how loving and award-worthy this film is.