I’ve always been intrigued by drag queens. Their character, their style, the way they don’t let the world stop them from being the royalty they are, to me, truly makes them wonderfully interesting people. Admiring them from afar, I’ve never been to drag shows or watched the popular show Drag Race, and I don’t really have a reason. Maybe watching this documentary will push me to dive more into the sparkling world.

The cameras follow a group of drag queens as they prepare for competition, all headed by Jack who becomes Sabrina in this wonderful universe. I found it really interesting to have this sneak peek into their lives as we saw them in casual outfits, without hair and makeup done, dancing and singing. Nowadays, I feel that drag queens don’t want to give away the mystery of their other personality, so we often see them as the queen and no one else. It was truly beautiful to be allowed to see so much more uncovered, unapologetic and open, full of love and acceptance. 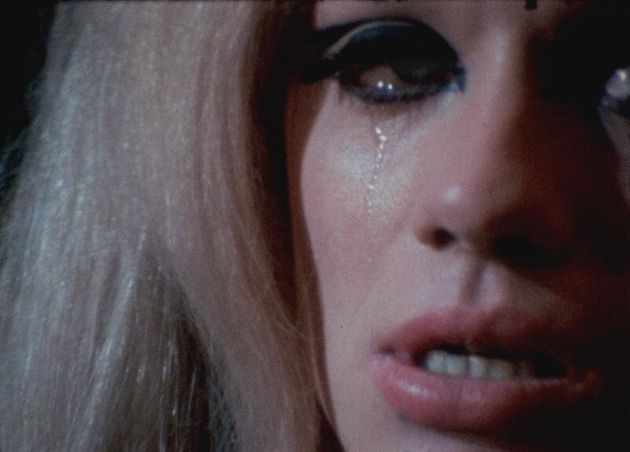 When I was choosing films for this event, I really wanted a wide selection of people shown on our screens, but it wasn’t until I saw this that I realised we needed to see films from all times too. Being shot in 1967, and released a year later, we know that being outwardly gay isn’t always easy nowadays, so it’s so tough to imagine how it was back then. Male homosexuality was illegal, the Sexual Offences act made it difficult for people to be who they were. Researching into it more is completely heart-breaking, learning that the men on my screen are happy with life, but are being torn down too. Vulnerable, sat together in a New York hotel room, they tell their stories so casually, knowing that most of society won’t fully accept their life and choices, even though they can’t do anything to change it.

Directed by Frank Simon, and with his small camera team, we are given what feels like a secretive glimpse into the drag world, even though we know we are welcome. The closeups make every person in the room feel exposed, adding to what I previously mentioned. I guess it’s the style of the time, filling the frame with richness, but as a modern-day viewer, I appreciate the time taken to capture absolutely everything. I love a good documentary, but I often find new releases to feel too crisp and clean. Sure, they add a gritty edge, but they don’t have the same energy as this production.

Narrated by Flawless Sabrina, a moment that stands out for me if when one of the queens doesn’t have a wig for the competition and Sabrina says something like: sending him out there without a wig is like sending him out there without his head. To some everyday people, even the idea of girls wearing makeup is a terrible thought, so I wonder what their thoughts would be on the art and skill that goes into becoming a drag queen? Seeing the bright lights, beautiful costumes and flawless makeup, I watch in awe, wanting the same feeling, yet knowing how tough the backlash must be wants me to do something to protect these people from the hate.

This candid, time capsule-esque documentary really is a piece of beauty, offering us a glimpse into an addictive world.

The film is available to watch on Netflix. This review is part of my 2021 LGBT+ History Month event, and you can check out my other reviews here on my blog, or see more on my Instagram: anna.create