Hello, I’m Anna and I would say that I’m a swiftie. It’s only in recent years that I’ve become a big fan of Taylor Swift and I’ve mentioned it on the podcast before so I won’t go into the details, but I love her songwriting and music so listen to it a lot.

You may have seen in the news that she’s been fighting to own her masters. Basically, when she signed a record deal at a young age, she also signed her songs over to them, and long story short, someone owned her originals but then sold them for a few hundred million, leaving swift without them. Due to a clause in the contract, after a few years, she’s able to rerecord and rerelease the 6 albums she doesn’t own, which is what I’m going to be talking about today!

At midnight, the rerecordings of her second album Fearless were released. When the albums came out originally, of course I heard the singles on the radio, but I never listened to the albums in full, it’s only in the last few years I’ve fully dived into them. Now, I’m more of a Speak now than Fearless girl, but it was nice hearing the songs she obviously adores in a way that respects her and everyone who worked on the album originally.

When Taylor announced that she was going to be rerecording the albums, I immediately thought that meant that she’d be switching things up, maybe playing with the key, the instruments, people featuring, but no, she’s created a perfect replica of something that meant so much to her when she was 18. There are some tweaks you can hear if you know the songs well, but like I said I listen to her others more so I don’t notice all of the minor differences, but that’s not the point at all. The point of her doing this is so that she will own the work she has put her heart and soul into over the years and I think it’s a brilliant idea. i want to say the word regress, which is what she does does with her voice, becoming her teenage self again, but I don’t mean that in a rude way. obviously her voice has only got better and better over the years as her career has gone from gold to platinum. You can hear a maturity in her words, but also the teenager in herself waking up and having herself heard truly for the first time. 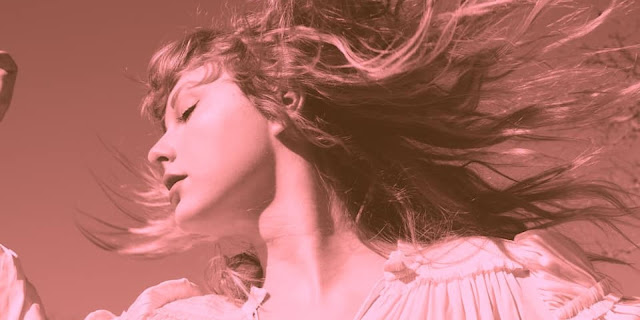 I won’t go into the original album songs, because they’ve been out for like 13 years, but with this new version of fearless, Taylor has let us into her vault of songs that she wrote at the time of the album release but just didn’t fit on the CD or were rejected at the time.  We have 6 new songs, 2 kind of being released for promo or singles, which are You All Over Me and Mr Perfectly fine which I heard prior listening to the album in full. They both sum up 18 year old Taylor pretty well, both being incredibly written. One is a ballad, beautiful with a country twang and joins the other songs similar to it without causing a stir. Mr Perfectly Fine on the other hand is the more alive side of Taylor, inviting us to a sleepover where we chat about boys and how to get over them. I love country music, so to be able to listen to a loved country album, rereleased and loved by the artist with some new tracks is a fab way to spend a Friday!

We Were Happy makes me think so much of songs on her album Evermore which is one of the 3 she fully owns, so it’s cool to hear that she has grown and changed, but at the same time, she’s still the girl who loves hard and feels loss. It has such a similar vibe to her new stuff and I love how she has progressed as an artist but also stayed true to herself.

That’s When is beautiful and features Keith Urban. I do love Taylor Swift but I hate her collaborations at times, because she’s very wooo let’s go girls I’m on your side, but when she features women they sing backing tracks and you can hardly hear them, but when she features a man, they have whole verses and choruses to themselves. I know I’m not the only one who thinks this, and some of her early songwriting reflects thoughts of women saying that I’m good because I wear trainers and t-shirts but she’s bad because she wears heals and skirts, cough cough You Belong With Me and Better Than Revenge. You can come for me if you want but ya know it’s true swifties hahah. I’m a feminist apart from the 7 minutes and 28 seconds those songs collectively last for lol.

Don’t You is the next track and sounds kinda like it should be on her album 1989 and with the lyrics, I feel it could be on Evermore. As always, she hits it out of the park with the bridge! I love the echoey voices and things omg yeah this is a chill one.

And onto the final track, we have Bye Bye Baby which again, is a heartfelt track full of feeling that belongs on this album whether the big dogs at the record label like it or not.

It’s been nice listening to fearless in full, especially a version that fully belongs to Taylor. Who knows when the other rerecording will be out and with how hard she works, we’ll probably have a whole other new album soon, but how cool to be able to go over your old work and bring it to life again.

I hope you enjoy listening to the album if choose to! Bye!