A story of destruction and emotional confinement, this film introduces us to Mick, a thirty-something man who has tried to escape his family environment by moving to London. After a long absence, he now goes back to his hometown to see his dying brother who has suffered years of alcohol abuse.

Written by BAFTA-winner screenwriter Geoff Thompson, we see beautiful seaside blue landscapes, but then are transported to a dirty flat where a worried mother knows her son may not come back. This short looked at family life and alcoholism in a real and touching way, giving the audience a true insight as well as raising awareness for the issues talked about. Written so powerfully by Thompson, and directed by Debbie Anzalone, this film pushes away over dramatic and scary storylines, to instead present the world with something that a lot of people go through or know someone who has. It was delicate and simple, made in a way that will stay with the viewer and keep them thinking. 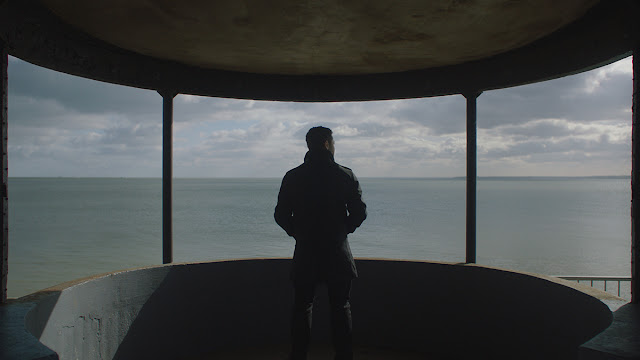 With an all-star cast, the performances really are wonderful. The picture painted puts us into this family’s world for a short while, even if it is devastating to see. Warren Brown plays Mick, doing a lovely job at keeping his cool, trying not to get angry at the choices that the people around him have made. I think this film shows shame and denial in a way that doesn’t make us as an audience get angry towards a character yet understand where they are coming from in their approach, as is in real life. I think the performances, especially Brown’s, were able to let us see many sides to a story without feeling the need to pick, only to learn and understand.

With closeups and a handheld style, everything felt like we were there also, a part of the family. I loved how crisp the picture looked, compared to the slightly muted colours to make everything feel quite sad, it looked how I as an audience member felt towards the story. For me, the most powerful section of the film was the final scene in the pub, really juxtaposing the rest of the films colour and style, offering around alcohol in a warm, friendly space.

I think that topics like alcohol and addiction can be tough to write about, but I think that this depiction was accurate and truthful in its approach. It wasn’t too over the top, it wasn’t too sad. It felt right, leaving me thinking about awareness that needs to be raised, but also about the families that go through all of this and are often left behind. We need to also think of them and how they can live their lives with a hole which might be left. I really do recommend giving this short a watch, away from the crazy crime dramas, and instead for the importance of it.

This film is having its online premiere on Omeleto around Alcohol Awareness Week. Get help/learn more about it here: https://alcoholchange.org.uk/get-involved/campaigns/alcohol-awareness-week-1