hello! I was asked to listen to Erica Lee Martin's new album, and watch the visuals. After speaking with her, I was really intrigued by it all, especially after hearing that it came together over lockdown. I'll do my normal review thing, where I'll listen to each song but as they're accompanied by visuals also, I'' give my thoughts on those too.

I really love the beat and feel of this song. The spoken word, accompanied by the drums makes me feel uncomfortable but at the same time I'm pulled into what's being said and need to know more. The visuals are dreamy and simple, yet important in showing the meaning behind each word. I love how the whole song builds, leaving us swaying around the story that's told unsure of the climax but also never wanting it to end. From not knowing what to expect from Erica, I'm sweetly surprised by this first track, the choice of spoken word and how she has bought it all to life.

The changing of colours gives us the sense of a party, or happiness, or even leading us down a path of feeling unsure or scared of the ever moving darkness and what's in it. Being the title track of the album, this song really seems magical and full of beauty, yet the lyrics leave us feeling a melancholy type of emotion, wanting us to be in Erica's place but at the same time far from it. The movement in the visuals really heightens the dream we're in and what's being sung about which I really like. This whole package really is powerful. Allison Elizabeth Burns plays the dancer in this video and I really love her work, how things start slow but then become too much, needing to overlap each other, making things feel like a dream, or even a nightmare.

Red can show love, but also danger. I really love how this song uses the colour red in its visuals to show a bright time in someone's life full of love and wine, but also how it was a time of mistakes and hate. I love how random moments of speech are thrown in to make it feel like the song is a conversation, with a friend or foe weighing in their thoughts every now and then. Half way through the song, we are greeted with a cool techno beat, showing how things have been understood but lessons haven't been learnt, I think it's clever in using the song and visuals to show this. The character in the video does a great job in animating every word and emotion that they're going through.

Made up of storyboards by Jes Martin, this song is accompanied by visuals set up in the stars. This works really well with the song having effects that make it feel like we're in a spaceship, floating around the galaxy. I love this style of music and how effects have been used, but it isn't over the top and crazy. It really works in sounding like we're not on Earth, but away with the story of the song. Again, we have some speech in there which I like, showing us how Erica's style really is unique in how she creates soundscapes and words to pair with that, taking us somewhere new.

I really like where this song has come from, looking at how we're never as tired or lonely or hungry as someone else, so surely our feelings don't matter. To match this with interesting visuals, making the character feel small, or just like another part of the furniture, was a really cool choice and one that I think works really well. It felt clean and stripped back, letting the song do the talking. I liked the vocal choices for this track, really relying on Erica's voice and not the techno style beats or bright visuals. I think this is the song that I have felt the most connected to so far.

The poetry of this song really is special. Looking at how parties full of people and noise can actually be one of the most lonely places is something that is looked at, but not in this way. I love how it really focuses on certain people in the room, putting our feelings down to their behaviour rather than our own troubles, which is something that we all can do in social situations. I liked how the camera put the main character in a box the whole time, making her feel trapped and away from the fun, really keeping everything in this track full circle, and something that anyone could relate to.

I love how fun this song is, making us feel like we're on holiday somewhere, especially with the visuals adding to this. The lyrics really stand out for me on this track, with how exciting and bubbly they are. Juxtaposing this with the video, the people in it are trying to be something they're not stood against a green screen, showing how our world thrives on vanity and photography, turning ourselves into something we're not just for the sake of likes. I think this has to be one of my favourites because of the sound, it's just a lot of fun, yet truth in one bite.

Man of My Dreams

We can often mistake hate for love if we're blinded by movie like magic, and this song really is clever in playing with that trope. Making the visual that accompanies it feel like a fairytale is a fabulous choice, in really exploring how we can think certain things just because films and the media drills it into us from a young age. Even exploring fairytales, they all have such dark meanings that we just gloss over when telling them, but really the true meaning brings us a greater moral that we should be learning about. I love how Erica hasn't held back in her story telling, both through the visuals and song for this one.

I love the feel of this video, transporting us back in time to seeing Top of the Pops, yet keeping it modern with the styles and sound. I really liked the vibes and felt like I this girl grouper were real, I'd want to see them live to create this magic that is made. I think keeping things simple really made this video stand out, and enhanced the lyrics so that we could really focus on them and how important they are.

This track is really sweet and sounds simple yet the lyrics remind us how Erica is far from that in her songwriting abilities. I think this song really shows off her voice and how talented she is in singing her stories. I would've loved for it to have been longer, but sometimes it's better to keep things how they are rather than force out something and for it to be ruined. Accompanying this song are visuals of someone just going about their day to day life, whether that's waiting for an interview, getting over a breakup, or something else, reminding us that we all have lives to lead and we shouldn't judge or assume someone else's.

Oh this song feels so glamorous compared to the previous. Filmed in black and white, things feel sophisticated and elegant, really making everything feel put together and perfect even though the songs she's written showing elements of her past are crumbling around her. To end on this track really is a power move, saying how things are alright. We don't know if she's lying or if things actually are fine, but it's nice to end on a positive note compared to the heartbreak and fear that the other songs portray. A deep breath and we're done, showing how we can get through the bad, even if it doesn't always feel like it. 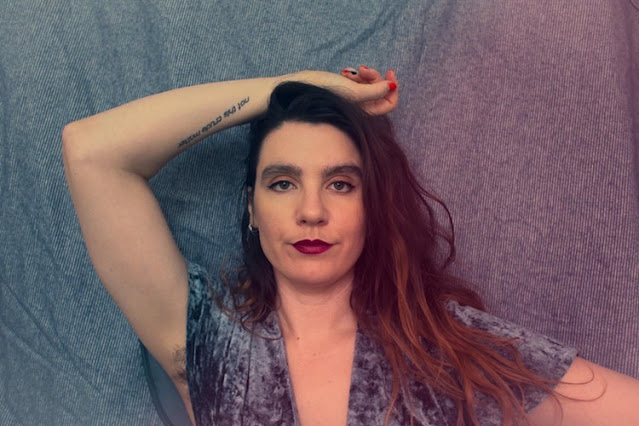 People go through a lot, but to write it down, sing about it and show the world in an intimate way can be difficult, but I really love how Erica has dived straight in and not held back any of her truth. Things don't always go how we want them to, but to know that this album was about her past and writing it helped her get out of it, we can see how art can be used to heal. As well as that, listening to and appreciating art can help others who are dealing with similar things which I think is so powerful.

I really loved this album and the visuals that went along with it. It made me feel nostalgic, Erica's voice really feeling warm and comfortable to listen to. My favourites are: Dreams, The Patio, Who You Are, Take My Picture and Everything's Fine.

So those were my thoughts on Erica Lee Martin's album Dreams. I really recommend watching the visuals to really help paint the pictures of each story, just giving us a more in-depth look into this piece of art.

You can watch/listen to the album here: http://smarturl.it/dreams-album

Thanks for reading, I hope you enjoy Erica's art!